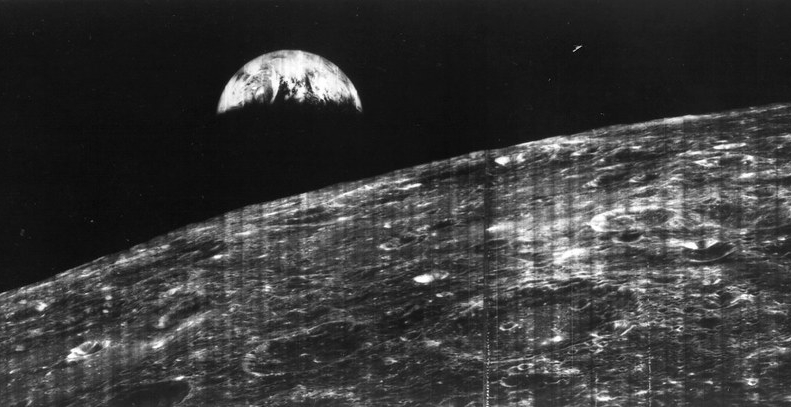 I set to work. The problem was of a style I had seen before, which is about transforming the 1 bit of information you get from each response- in this case, ‘ja’ or ‘da’– to best serve your goal. I worked out the questions I wanted to ask, and how to avoid talking to the ‘random speaking’ god. I realized, curiously, that I might solve the puzzle without ever learning the meaning of the words ‘ja’ and ‘da’. But I needed to write out a proof to convince the hackers. I asked Agatha for more paper.

The nurse came to give me medications. I reluctantly set down my work. The moment she left, I picked it up again. My family had come to visit me, but talking to them felt like an interruption. I couldn’t tell them why the puzzle was so important. At one point my notes were accidentally thrown away, and I had to redo part of the solution. But I managed to write down the sketch of a proof. I could hear the hackers whispering to each other, trying to decide if my work was valid.

The nurse came back to give me a potassium supplement. She realized that instead of putting it in my IV she could give me a drink that tasted like cranberry juice. I hadn’t tasted anything in weeks. She squirted it into the back of my mouth, with a syringe. The joy of that flavour was so intense, I cried.

They were hoping to extubate me during the ERCP, and the doctors needed to turn off the ventilator to test how well I could breathe on my own. In my mind, the doctors were aware of the hackers, and were trying to loosen their grip. They told us the ERCP would be held in a special room in the hospital basement. In my mind, this was a shielded space that the hackers would not be able to control. In reality, it was because they needed extra room for my breathing equipment.

They turned off the ventilator. Meghan watched my oxygen saturation on a screen, and coached me. Big inhale. Long exhale.

I could hear a helicopter. Police had arrived. They had tracked the hackers to a room in the hospital and were closing in. The hackers had just decided to let me go, but now they were forced to hold me hostage, hoping to parlay their escape. Negotiators were called in, who told the hackers that I’d be fine, that I didn’t need the ventilator anymore. The hackers were powerless, they would get no deal.

The hackers laughed, saying I had a one in ten chance at best. The hospital was already in big trouble for letting things get this far. Without the device, I was bound to suffer brain damage, at least. Were they really going to risk it?

I was working hard to breathe, but my oxygen saturation was dropping. Agatha read me a puzzle. It was an easier one, but I felt confused. I understood the words, but couldn’t make sense of the problem. The negotiators were watching. Now they were worried, and they made an offer. The hackers asked for more.

I had to show them what I could or couldn’t do. Meghan and I had downloaded an audiobook of The Hitchhiker’s Guide to the Galaxy. I played it over her cellphone speaker, acting out the scenes with my hands to prove I could follow along. I kept breathing hard. Big inhale. Long exhale.

This was a strange sight for everyone. It took a few moments before my family and the nurses figured out what I was doing, and still they had no idea why.

What were the negotiators to do? I was deteriorating. Should they pay the ransom, and put me back on the ventilator? Or ride it out, hoping I’d be OK? They needed a sign.

The acting was getting tiring. I closed my eyes and focused on breathing. Closed eyes, bad sign. The hackers raised their price. I opened my eyes. Good sign. The negotiators countered. I went back and forth, stalling, trying to figure out if I had it in me. Then, I made a decision. I opened my eyes and stared at Meghan. It’s going to be OK, I thought, let’s go to the procedure. I kept breathing hard, and flipped the bird at the invisible camera in the ceiling. The nurses were extremely confused.

As they wheeled me out of the room, everyone was worried about my mental state, but I was beaming. As we rode the elevator to the basement, I remember thinking that the case was so fantastic it might end up in the news. But as I rolled through the basement toward the operating room, I had a realization. What if there were more bad guys?

We entered the OR, and the anaesthesiologist, a man in a Hawaiian print bandana, introduced himself. He said he would take good care of me. He seemed like a good person, but could I trust him? A feeling of panic welled up in me. I was still intubated, and couldn’t speak. I felt trapped. Then they put me to sleep.

I would spend the next two days in an even deeper delirium, a separate reality that I remember much less clearly than the day before. I became trapped in a dream world, revisiting the same scenes in a loop. Mathematical puzzles, artificial intelligence, and simulation were major themes. I became convinced that I had died, that time was now passing at a different speed, and I would repeat the loop over and over until my brain shut off.

Sometimes I would wake up to the hospital room, with Kristin, or Meghan, or my dad watching over me. But the scene felt fake, like just another dream my brain was creating. I pulled at my tubes, and the nurses had to tie me to the bed.

This was a very hard time for my family, and Meghan especially. We still don’t know why this happened. Sleep deprivation was certainly a factor. During the ERCP, I received ketamine, which probably didn’t help. Coincident with the start of my psychosis I was given an antibiotic called ciprofloxacin (Cipro) that can rapidly cause such effects. When they stopped the Cipro, the psychosis stopped soon after. Cipro can also cause peripheral neuropathy, a symptom I’ve suffered from that I can’t otherwise explain. However, it’s hard to definitively point to a cause of the psychosis, and mostly I’m just glad the whole ordeal is over.